Community-based outreach programs were not successful at decreasing sexual violence (SV) or adolescent relationship abuse (ARA) among boys and young men. These findings, from an unblinded randomized clinical trial, were published in JAMA Network Open.

Researchers at the University of Pittsburgh recruited middle and high school-aged boys from 20 neighborhoods with high poverty, community violence, and school suspension rates in Pittsburgh. Neighborhoods were randomly assigned in a 1:1 ratio to receive intervention or control programs. Participants were assessed by survey at baseline, at the end of the program, and at 3 (T2) and 9 months (T3) following program completion.

At baseline, 465 and 401 participants completed the survey and at T3, 334 and 301 responded among the intervention and control groups, respectively. Among all participants, the mean age was 15.5 (standard deviation [SD], 1.6) years, 70% were Black, 21% were Hispanic, and 88% were born in the United States.

Compared with participants who did not complete the final survey at T3, those who remained in the program had higher baseline gender-equitable attitudes (3.41 vs 3.31) and were less likely to be involved with the juvenile justice system (52% vs 75%).

This randomized trial found little evidence for successful amalgamation for SV or ARA from a gender-based community program. Further studies of programs which have longer exposure time or greater focus on practicing skills discussed are possible future avenues for research. 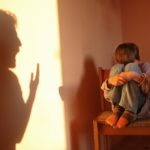