“Childhood trauma does not come in one single package.” ― Asa Don Brown

Deeply traumatic experiences, especially during childhood, can have an even deeper impact in adult life. They can significantly shape an individual’s personality and life choices, spurring research into the connection between childhood abuse and criminal behavior. In particular, the extent of childhood abuse reported among serial killers has raised the question: Are serial killers born or made?

Not all abused children become serial killers, and not all serial killers are victims of childhood abuse. However, the connection between the two cannot be dismissed as just coincidence.

According to criminologist Dr Adrian Raine, both biologic and social factors contribute to the making of a murderer. Reviews of more than 100 twin and adoption analyses showed that approximately 50% of variance in antisocial behavior is attributable to genetic influences.1 In his book, The Anatomy of Violence, Dr Raine explains that “Genetics and environment work together to encourage violent behavior.” For example, those with a specific variant of the enzyme monoamine-oxidase-A gene are more prone to displaying violent behavior if they have had an abusive upbringing. A child susceptible to genetically driven violent conduct does not necessarily become a criminal. However, genetics, in tandem with environmental factors such as violent childhood experiences, work together to shape a person.2

Personal traumas can affect behavioral choices. Take the example of the murderer Richard “The Night Stalker” Ramirez from El Paso, Texas. Found guilty of murdering 13 people in San Francisco and Los Angeles, Ramirez had a disturbed childhood, enduring brutal beatings by his father. Serial killer duo Ottis Toole and Henry Lee Lucas, who were believed to have murdered hundreds of people, were both victims of physical and psychological abuse. Specifically, they were made to dress up as young girls and then beaten.3

The connection between genetics, social environment, and criminal behavior appears to be a reality, although in varying degrees across criminals. As Federal Bureau of Investigation (FBI) profiler Jim Clemente said, “Genetics loads the gun, their personality and psychology aim it, and their experiences pull the trigger.”3

Understanding the factors that may contribute to serial killer behavior facilitates effective criminal profiling significantly. At a recent UK conference, researcher Abbie Marono presented findings from her work with ex-FBI profiler Joe Navarro on how different types of childhood abuse can be used to profile serial killers.

The results suggest that sexual abuse was potentially connected to the rape/lust and anger typologies. It was also associated with a tendency for overkill, postmortem sex, and moving the body to a different location from where the murder took place.

In contrast, physical childhood abuse was found to be associated with the rape/lust typology, as well as behaviors such as carrying out the act quickly, binding the body, and leaving the body at the crime scene.4

A landmark study of 50 serial killers found that childhood abuse was more prevalent in lust serial killers. One of the authors of this study, Michael G. Aamodt, explained, “Our data showed that a much higher percentage of serial killers were abused as children than the population in general. It certainly makes sense that the type of abuse received as a child — physical, sexual, or psychological — could influence a serial killer’s behavior and choice of victim.” While it is safe to recognize abuse as a factor contributing to the making of a serial killer, most people who face abuse do not become serial killers. In this study, 32% of all serial killers had no history of abuse.5

In his book Serial Killers, Joel Norris describes the cycles of violence as generational: “Parents who abuse their children, physically as well as psychologically, instill in them an almost instinctive reliance upon violence as a first resort to any challenge.”6 In another study, serial killers were analyzed to understand the variables of childhood mistreatment and sexual aggression toward victims. The researchers found that serial killers treated badly during childhood tended to sexually assault their victims before murdering them. On the other hand, serial killers who did not experience childhood abuse did not display sexually violent behavior.7

In a study for the National Institute of Justice, Dr Herrenkohl and his colleagues found that childhood abuse heightened the risk for criminal behavior in adulthood by encouraging antisocial behavior during childhood. There was also evidence of a “cycle of violence” in people with a history of childhood maltreatment, with victims of childhood violence being more likely to demonstrate violence later in life.8

Genetics, environment, trauma, and personality — various factors drive serial killer behavior. Generalizing the cause of criminal behavior would be presumptuous and inaccurate, but the link between childhood abuse and serial killing has been apparent in many studies over the decades. Beyond certain common personality traits, serial killers are unique, shaped by their own extraordinary experiences, circumstances, and mindsets. Whether genetic investigations like brains scans or behavioral studies to gauge serial killer tendencies prove to be groundbreaking in criminal profiling and crime prevention remains to be seen. However, with an extensive and ever-growing treasure trove of evidential research in this space, the key to understanding what makes a serial killer may be just around the corner. 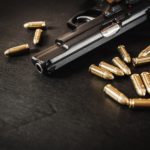