While the relationship between early life abuse and behavioral problems in children is well-documented, the effects of abuse on adolescent development remain poorly understood. To better inform this relationship, investigators abstracted data from the Avon Longitudinal Study of Parents and Children, an ongoing prospective birth cohort study conducted in the UK. Briefly, the Avon study enrolled pregnant women with an estimated delivery date between 1991 and 1992.

Follow-up questionnaires were administered at regular intervals to mothers and their offspring. The Strengths and Difficulty Questionnaire (SDQ) was used to rate behavioral problems when children were aged 4, 7, 8, 10, 12, 13, and 17 years. Exposure to physical, psychological, and sexual abuse was captured by retrospective self-report when offspring were aged 22 years. Childhood was defined as before age 11 years. Adolescence was defined as between ages 11 and 17 years.

Latent class growth analyses were used to identify developmental trajectories of conduct problems. Multinomial logistic regression was then used to estimate the association between abuse exposure and each trajectory.

Across all exposure categories, 19.6% of the sample reported experiencing at least some form of abuse in childhood or adolescence. The prevalence of abuse exposure was substantially elevated in the early-onset persistent (40.9%) and adolescence-onset (37.5%) conduct problem classes compared to the childhood-limited (23.8%) and low (16.8%) classes.

These associations persisted across both physical and psychological abuse categories. Notably, abuse experienced in adolescence was not a significant predictor of membership to any behavioral trajectory.

Results from this study emphasize the relationship between childhood abuse exposure and behavioral trajectories in later life. Based on regression data, investigators hypothesized that the relationship between abuse and conduct problem trajectories are “more quantitative than qualitative in nature.” In other words, common risk factors inform all behavioral problem trajectories, and the degree of exposure to each risk factor contributes to overall behavioral problems. Study limitations include the small number of respondents to the abuse survey compared to the total birth cohort. The high attrition rate may have introduced bias and led to an underestimation of the true prevalence of abuse.

“Our findings…demonstrate the importance of adopting measures covering both childhood and adolescence when investigating the timing and persistence of child abuse, as harsh and abusive parenting may persist up to emerging adulthood,” the investigators wrote. 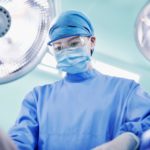