Stress was strongly associated with risk for suicide attempts and mental health diagnoses in college students, according to survey data published in Depression and Anxiety. Sexual and gender minorities were at particularly high risk for suicidal ideation and self-harm.

These data highlight the urgency of allocating proper psychiatric resources to college students, particularly those who belong to minority groups. Additional research is necessary to elucidate the precise means of intervention that would be helpful for students.

[LS1]The writer got this from adding the values in table one, diagnoses section 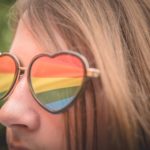