Safety Planning Intervention (SPI) administered in emergency departments (EDs) with follow-up contact for suicidal patients decreased suicidal behavior and increased engagement in treatment in the 6 months following ED discharge, according to the results of a large-scale cohort comparison study published in JAMA Psychiatry.

The suicide rate in the United States has increased substantially over the past 2 decades, and in 2016 there were 44,000 suicides. Of particular concern, the rate among veterans is 21% higher than among nonveterans. Nearly half a million ED visits each year are attributable to intentional self-harm. Although most of these patients continue to be at increased risk for suicide attempts and suicide following an ED discharge, nearly half do not implement treatment or discontinue treatment quickly.

The investigators enrolled 1640 patients: 1186 in the intervention group and 454 in the comparison group, who received usual care. Patients who received SPI+ were less likely to exhibit suicidal behavior (3.03%) than patients receiving usual care (5.29%). The SPI+ group had 45% fewer suicidal behaviors, which nearly cut the odds of a patient engaging in suicidal behavior in half. Furthermore, patients in the intervention group were more than twice as likely to attend at least 1 outpatient mental health visit (odds ratio, 2.06; P <.001) during the 6-month follow-up.

The investigators argued that safety planning and active outreach, a set of low-burden strategies, are valuable elements in an effective suicide prevention program. Low-burden intervention appeared to be as effective in reducing suicidal behaviors as more intensive and costly psychosocial interventions. SPI+ may help reduce suicide risk in the long run, and particularly in the high-risk period following ED discharge. 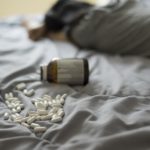