Lead study author Jaimie L. Gradus, DMSc, DSc, of Boston University School of Public Health, Massachusetts, and colleagues used machine learning to analyze data from Danish single-payer healthcare and social registries from 1995 through 2015. As such, the source population for the case cohort study comprised all people living in Denmark since 1995.

The main outcome was death from suicide, and the study included 1339 variables as exposures. The researchers created a comparison sub-cohort comprised of a 5% random sample of registry data.

Men younger than 30 years diagnosed with schizophrenia in the past 2 years who were not prescribed psychiatric medications were at high risk for suicide (n=26; risk, 0.58).

In addition, unmarried men diagnosed with a stress disorder in the past 4 years who were older than 30 years and did not have a prescription were at high risk for suicide (n=37; risk, 0.54). Psychotropic medications, physical health diagnoses, age, and removal of drugs for addiction disorders were important predictors of suicide in men.

In women, the risk for suicide was elevated in those who attempted suicide in the prior 4 years without psychiatric prescriptions (n=16; risk, 1.0). Psychiatric disorders and medications were associated with the accuracy of predicting suicide in women.

In general, psychiatric disorders were the most important predictors of suicide, particularly depression, schizophrenia, and stress disorders. Psychotropic medications were also found to be critical in predicting suicide across analyses.

The study was limited by a lack of available data on acute factors, including interpersonal stress or loneliness, and the possibility of suicide death misclassification. Further machine learning analyses could provide unique insights into risk factors and other considerations for epidemiologists.

Machine learning may allow for the development of prediction models that can evaluate many relevant predictors of suicide simultaneously,” the study researchers noted. 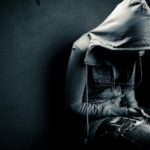 Risk for Death, Suicide Up in Teens Who Visit ED for Self-Harm