Children born to parents with psychiatric disorders are more likely to attempt suicide and commit violent offenses, particularly if their parents had antisocial personality disorder, misused cannabis, or had a history of a suicide attempt of their own, found a new study in JAMA Psychiatry.

“Elevated risks for offspring attempted suicide and violent offending were evident across a broad spectrum of parental psychiatric disease,” wrote the authors. “The similarities in relative risk patterns observed for both adverse outcomes indicate that self-directed and interpersonal violence may have a shared etiology.”

Pearl L. H. Mok, PhD, of the University of Manchester in England, and colleagues tracked 1 743 525 adolescents from their 15th birthday onward using Danish medical records. The group comprised the full cohort of those born in Denmark from 1967 to 1997.

Overall, children of parents with a history of any mental health disorder were more than twice as likely to attempt suicide or commit violent offenses than children whose parents had no mental health conditions. Moreover, those whose parents both had a history of mental illness or suicide attempt had twice the risk of either outcome than those who only had one parent with such a history.

“Shared genetic vulnerability to psychiatric disease may be one possible pathway that could explain our findings, although the intergenerational transmission of suicidal risks has been reported to be independent of familial transmission of mental disorders,” the authors wrote. They recommend early intervention for parental mental disorders as one way to benefit their children as well. 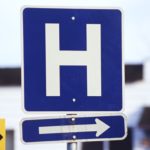 Tools for Suicide Risk Identification at Discharge May Be on Horizon