Nonsuicidal self-injury (NSSI) can be defined as “directly and intentionally inflicting damage to one’s own body tissue without intention of suicide and not consistent with cultural expectations or norms.”1 There is an approximately 5.9% prevalence of NSSI in adults and 18% in adolescents.1 However, some recent reviews of community samples have found mean and pooled rates as high as 17% to18%.2 Although some research has been conducted in adults, most studies have focused on adolescents, which is the peak age for this behavior.3 Recent research suggests an increased prevalence of self-injury, particularly in this age group.4

NSSI manifests in a variety of different forms, including cutting, skin carving, burning, severe abrading or scratching, punching or hitting, bone breaking, biting, pinching, interfering with wound healing, and (rarely) auto-amputation and ocular enucleation.4,5 Cutting is the most common, accounting for approximately 70% of patients who self-injure.4 NSSI can be associated with an array of somatic as well as psychiatric health sequelae, and even superficial self-injury may result in serious medical complications.4

“The most common behaviors are self-cutting, self-burning, and self-battery — in other words, punching or banging a body part against a hard surface to create skin bruising,” according to Jennifer J. Muehlenkamp, PhD, associate professor of psychology, University of Wisconsin at Eau Claire. Milder behaviors include skin abrading, in which the individual rubs the skin or scratches it severely, with the intent to cause bleeding and skin damage, she told Psychiatry Advisor. Ice burning is also sometimes practiced, especially in the Midwest.

She noted that there are gender differences in the method of self-injury chosen, with cutting being more common in females and burning and self-battery more common in males. Moreover, females are more likely to be identified and/or seek help than males.

These transitions “shake up the social support system and sense of identity, and provide new stressors to figure out. If a person does not have solid coping skills and a good support network, the stressors may become overwhelming.”

She cautioned, “It is important not to assume that this behavior is confined to adolescence and young adulthood. There are individuals through[out] the entire age spectrum who suffer from this condition, although the elderly have not been studied.”

Moreover, “do not assume that self-injury is always undertaken for attention-seeking, which is another common myth,” she said. “The most common reason is emotional regulation, when people are trying to cope with overwhelming distress or self-punishment, which has its origins in self-hatred.” Occasionally, people “try to get others to understand the seriousness of their distress as an outward sign to communicate how much pain they are in.”

The relationship between self-injury and suicide is “complex.”4 As much as 40% of individuals who engage in self-injury also contemplate suicide while inflicting the injury, and roughly 50% to 85% of individuals who injure themselves have attempted suicide at least once during their lives.4 But it is increasingly emerging that NSSI is “distinct in intent, function and epidemiology” from suicidality and a separate entity.7

“NSSI is not, in and of itself, a suicide attempt,” Dr Muehlenkamp emphasized. On the contrary, it is often “used as a coping strategy to avoid suicide.”

The psychological impact of NSSI also distinguishes it from nonfatal suicide attempts, since it is associated with decreased negative emotion and increased positive affect. In contrast, suicide attempts can lead to more depressive symptoms and suicidal behavior due to distress that the attempt did not actually result in death.4 NSSI is more likely to be repeated and become chronic, with roughly one-quarter of individuals who self-injure reporting 11 to 50 separate episodes of self-injury.4

Although NSSI is not a suicide attempt per se, it nevertheless increases the risk for suicide.4 Risk factors for future suicide include a history of NSSI,1 feeling repulsed by life, attracted to death, not afraid of suicide or death, and being highly self-critical, apathetic, or without adequate family support.4 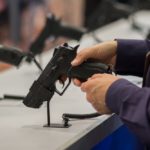