According to research published in Crisis and the RAND Corporation, suicide prevention hotlines in California could improve their services and reach more users by expanding digital services such as chatting or texting, establishing better programs to monitor and improve the quality of their services, and by better integrating health care services and systems in order to more seamlessly refer callers to appropriate resources.

“Our evaluation shows that suicide prevention hotlines available to California residents provide a trusted and valuable service, but much can be done to make them more accessible and to improve the quality of their services,” Rajeev Ramchand, PhD, the study’s lead author and a senior behavioral scientist at the nonprofit research organization RAND, said in a statement. “For example, digital services lag behind a growing demand and integrating more hotlines into existing health care systems could better connect callers to needed mental health services.”

In a study published in Crisis,1 researchers visited 10 of the CalMHSA-funded suicide prevention hotlines, and evaluators listened to and evaluated 241 calls. In a second study,2 RAND identified organizational factors that affect suicide hotlines’ success, as well as current and potential challenges for hotline operators.

The researchers found that in the calls they evaluated, a third were from repeat callers and just over half of callers exhibited mental health or substance abuse problems. Twenty-six percent of the callers brought up suicide during their call, and 21% were thinking about taking their own lives. Only 5% of the calls were deemed urgent.

While there is an increasing demand for digital services, the study also found that only a few hotlines offer them. A RAND survey of California adults found that while 62% said they would use a crisis phone line to cope with suicidal thoughts, 46% would prefer to message a web-based chat platform, and 43% would prefer to text a crisis hotline.2

Even though shifting telecommunication trends indicate that the preference for chatting or texting may be growing, few hotline operators offer digital services. The ones that do also operate only during limited hours or on certain days, largely because these services are costly to develop and maintain.

“Because callers do not generally choose the center or responder that will take their call, it is critical to promote quality across call centers and minimize the variability that currently exists,” wrote Dr Ramchand. 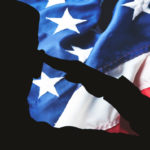