Disparities in mental health between heterosexuals and sexual minorities exist early in adolescence, increase throughout adolescence, and continue into young adulthood, with an increased risk for depression and self-harm, according to study results published in The Lancet Child &Adolescent Health.

Investigators note that sexual minorities, including individuals who identify as lesbian, gay, bisexual, not exclusively heterosexual, or not sure of their orientation, are more likely to develop depression, to self-harm, and to attempt suicide. However, there is a need for research on when and how the risk for mental health problems develops in this population.

Madeleine Irish, MSc, of the department of psychological medicine, King’s College, London, United Kingdom, and colleagues used data from the ongoing British Avon Longitudinal Study of Parents and Children (ALSPAC) to determine whether the increase in depressive symptoms that occurs during adolescence is greater in sexual-minority adolescents than in heterosexual adolescents. They asked participants about their sexual orientation at age 16 and assessed depressive symptoms with the short Mood and Feelings Questionnaire (sMFQ) at 7 time points between age 10 and 21. They administered a self-harm questionnaire to participants at age 16 and 21.

The investigators suggested that clinicians and individuals working in public mental health should be conscious of the increased risk for both depression and self-harm in adolescents and young adults who do not identify as exclusively heterosexual. 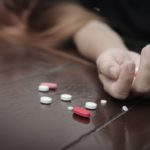 Use of Psychotropic Drugs in Suicide Attempt Linked to Prescribed Access