The findings of a longitudinal cohort study published in JAMA Psychiatry indicate that depression and anxiety in childhood, when accompanied by irritability, is associated with risk for suicide in adolescence.

Approximately one-third of children with depression also exhibit irritability or a predisposition to anger. Previous research has looked into the independent effects of depression and irritability on suicide risk, but there have been no studies on their joint development.

The Québec Longitudinal Study of Child Development was active from 1998 to 2017, with 1430 participants. Assessments were conducted annually between the ages of 6 and 12 and every other year between ages 13 and 17. Families included in the study had pregnancies lasting 24 to 42 weeks and spoke French or English.

Participants were rated by their teachers on depression and irritability between the ages of 6 and 12. Suicidal ideation and attempts were self-reported at ages 13, 15, and 17, with 172 respondents total reporting such experiences. The authors observed a stable developmental profile overall, with the most severe symptom reports at age 6 remaining the most severe at age 12.

Children who were described as both highly depressed/anxious and highly irritable were 2 times more likely to report suicidal thinking and attempts compared with children who exhibited neither depression nor irritability; this risk was notably higher in girls. In addition, children who experienced both depression and irritability at any level of severity were at greater risk for suicide than children with depressive/anxious mood profiles alone.

The data had some weaknesses: childhood symptoms were not rated on a clinical scale, and suicidality was only assessed on a past-year basis, although assessments took place every 2 years. Thus, it is possible that a greater actual number of participants struggled with suicidal thinking or attempts. The authors proposed randomized intervention to reduce childhood irritability as a potential next step in addressing the public health issue of adolescent suicide. 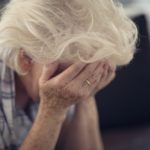