People being treated for bipolar disorder and other psychiatric illnesses are at greater risk of attempting suicide, but physicians may now have tools to predict which of those individuals will attempt it and intervene early to prevent such tragedies from occurring.

Researchers at Indiana University School of Medicine reported in Molecular Psychiatry that they have developed blood tests and questionnaire instruments that can predict with more than 90% accuracy which of those patients will begin thinking of suicide, or attempt it.

Using RNA biomarkers from blood samples along with a newly developed questionnaires in the form of an app, the researchers were able to predict which individuals in a group of patients being seen for a variety of psychiatric illnesses would experience significant suicidal ideation with approximately 92% accuracy. 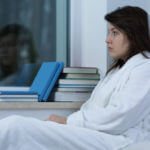