Suicide rates among teens increased by over 50% in the past decade, and mood disorders are one of the primary risk factors. To better understand suicide rates among teens with 2 common mood disorders — bipolar disorder (BD) and major depressive disorder (MDD) a group of researchers consulted the literature. They published their findings in the Journal of Affective Disorders.

The researchers searched for data on suicide attempts in teens aged 18 and under diagnosed with either MDD or BD. They searched PubMed/MEDLINE, CINAHL, ISI Web of Science, and PsycINFO for studies up through 2021 that included a variety of terms related to the 2 conditions. They also searched bibliographies, abstracts, and grey literature.

Using a meta-analysis, researchers found risk for suicide was 59% greater in teens with BD than in those with MDD. Comparing the results from the literature search to the general population, the researchers found a 17.3-fold difference in attempt rates between teens with and without mood disorders. This result indicates “the presence of a major mood disorder in juveniles requiring ongoing psychiatric treatment represents a major risk factor for suicide attempt,” the researchers state.

The researchers admit they lacked data on risk for fatal outcomes. They also suspect the studies overestimate suicide rates among patients with MDD. Demographic, psychopathological, and pharmacological treatment information were not consistently reported.

Even so, “the present meta-analysis represents the most comprehensive available review of suicidal risks among to [sic] juveniles diagnosed with a major mood disorder,” the researchers conclude. “The findings should contribute to informing patients, families, and clinicians of the risks involved, and to enhancing the diagnosis and clinical care of young persons diagnosed with a mood disorder.” 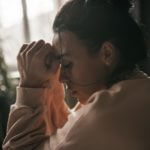