The study enrolled 7 men and 1 woman between the ages of 29 and 50 with moderate sleep apnea. They visited the Fukuoka Urasoe Clinic in Fukuoka, Japan, between September 2017 and March 2019. Researchers excluded patients with a history of cardiovascular diseases, cerebrovascular diseases, or diabetes mellitus.

Patients underwent a polysomnography before and after the iNAP trial. The polysomnography included continuous monitoring with EEG, EOG, ECG, and EMG. Oral and nasal thermistors monitored airflow. Respiratory inductance plethysmography measured respiratory effort. Oxyhemoglobin saturation was recorded using a pulse oximeter. Researchers also assessed sleepiness before and after using the Epworth Sleepiness Scale (ESS). Patients wore the device from a minimum of 27.4 days up to 58.3 days.

Limitations include a small sample size. Also, researchers were not able to verify to what extent participants adhered to using the iNAP device. Large, controlled studies will help further validate the effectiveness of the device.

The “amelioration of increased sympathetic overactivity with iNAP device might contribute to the prevention of cardiovascular comorbidity through the reduction of systolic pressure,” the researchers concluded. Also the improvement of daytime sleepiness “may have been a result of the decreased arousal index rather than a decline in apnea severity, as OSA [Obstructive Sleep Apnea] is a heterogeneous disorder and multiple pathophysiologic causes are presently recognized,” they wrote. 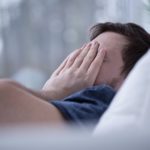