Behavioral therapy was comparable to zolpidem medication for the treatment of patients with insomnia disorder, according to study data published in JAMA Psychiatry.

Researchers enrolled adults with insomnia disorder from 2 mental health treatment centers in Canada and the United States in a randomized clinical trial from August 2012 through 2017 (ClinicalTrials.gov Identifier: NCT01651442).

Patients were randomly assigned to receive either behavioral therapy or zolpidem for 6 weeks on a 1:1 basis. Randomization was stratified by gender, age (under vs over 55 years), study site, and the presence of psychological comorbidities. Patients who remitted were followed for an additional 12 months while receiving maintenance therapy. Those who did not remit received 6 weeks of secondary treatment with zolpidem, trazodone, behavioral therapy, or cognitive therapy.

Improvements achieved at the end of first and second stage therapies were maintained over 12 months of follow-up. While initial response and remission rates were nominally lower among patients with comorbid psychiatric disorders, this group responded well to second line cognitive therapy and trazodone.

“The presence of psychiatric comorbidity was associated with less favorable outcome during initial therapy,” the investigators concluded, “but within the subgroup of patients with comorbid psychiatric disorders, response and remission rates were higher for patients who received either [cognitive therapy] or trazodone as second-stage treatment.” 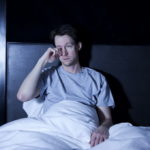