In a systematic review of clinical trials examining risperidone, researchers have found that based on low-quality evidence, the atypical drug risperidone appears more effective than placebo at reducing symptoms of schizophrenia, but similar to typical treatments, it was also associated with serious adverse effects such as parkinsonism.

Raganath D. Rattehalli, MB BS, DPM, MRC Psych, MMedSc, from Logan Hospital in Brisbane, Australia, and colleagues searched the Cochrane Schizophrenia Group Trials Register and registries of clinical trials and identified 15 clinical trials with 2428 participants to include in their review. The studies randomly assigned in- and outpatients with schizophrenia to receive either oral risperidone or placebo.

“Based on low quality evidence, risperidone appears to be [beneficial] in improving mental state compared with placebo, but it also causes more adverse events [than placebo],” the investigators concluded.

“Firm conclusions are difficult to make based on the results of this review,” wrote Ben Gray, Senior Peer Researcher from the McPin Foundation, in a plain language summary.

“The evidence available was very low quality. Information and data were limited, poorly reported, and probably biased in favour of risperidone. Nearly half of the included trials were funded by drug companies.”

He concluded that better-conducted and better-reported trials could increase the confidence in these findings. 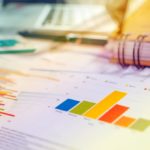