Interventions targeted at improving medication adherence might potentially mitigate the adverse effects of cannabis use on psychosis outcomes, according to a prospective data analysis published in the Lancet.

According to the article, written by researchers from the Department of Psychosis Studies, Institute of Psychiatry, Psychology & Neuroscience at King’s College in London, United Kingdom, 2 consistently identified risk factors that influence relapse are continued use of cannabis after psychosis onset and medication nonadherence.

“There is poor understanding about how risk factors such as cannabis use might affect outcomes in psychosis,” the authors wrote. “[N]o study to date has systematically investigated to what extent the association between cannabis use and relapse of psychosis is mediated by non-adherence with prescribed psychotropic medication.”

In conducting this analysis, the researchers acquired data about 245 patients followed up for 2 years after first-episode psychosis onset from 4 adult inpatient and outpatients units of the South London and Maudsley Mental Health National Health Service Foundation Trust in London. They were between ages 18 and 65 years when referred to local psychiatric services.

The researchers measured the mediating effect of medication adherence on the association between relapse (defined as admission to a psychiatric inpatient unit after exacerbation of symptoms within 2 years of first presentation) and cannabis, using structural equation modeling analyses. Cannabis was seen as a predictor variable, and medication adherence was a mediator variable.

Of 397 patients whose first episode of psychosis occurred between April 12, 2002, and July 26, 2013, and who had an assessment up to September 2015, 133 declined to participate and 19 other patients were excluded because of missing data. Of the remaining 245 patients, 91 (37%) experienced a relapse after first-episode onset. Fourteen percent report noncompliance.

The relapsing patient group had a tendency to be considered a continued cannabis user (P =.0018; 95% CI, 0.09-0.43) and as either nonadherent (P <.0001; 95% CI, 0.18-0.58) or irregularly adherent (P =.0001; 95% CI, 0.13-0.39) with the prescribed medication. The modeling analyses also led researchers to conclude that the association between continued cannabis use and relapse risk was mediated by medication adherence, suggesting only a partial mediation.

“[M]edication non-adherence mediated the effect of continued cannabis use on risk of relapse (26%), number of relapses (36%), time until a relapse occurred (28%), and care intensity index at follow-up (20%),” the researchers noted.

“Our results suggest that up to a third of the adverse effect of cannabis use on outcome in first-episode psychosis could be mediated through its effect on medication adherence,” they added, “suggesting that interventions aimed at improving medication adherence might partly help mitigate the adverse effects of cannabis use on outcome in psychosis.” 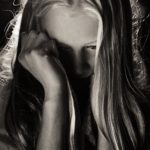