The patients, average age 32, were treated at 19 mental health centers in China between December 2002 and January 2005. All had been clinically stable for 4 to 8 weeks and had experienced response while taking 4 to 8 mg/d of risperidone monotherapy during the acute phase of their treatment. None were pregnant, trying to conceive, breastfeeding, or not using effective contraception, and treatment adherence during the study ranged from 92% to 97%.

At follow-up one year after the study began, with 237 patients still enrolled, 7.6% of the participants with no dose reduction had prolactin-related symptoms. Among those in the 4-week group, 9.6% had symptoms, and 11.1% of those in the 26-week treatment group had symptoms.

Female patients had 13.6 greater odds of developing prolactin-related symptoms, and patients with younger at onset were more likely to have symptoms than older patients. Greater doses led to more severe symptoms, and a positive correlation existed between prolactin-related symptoms and participants’ Positive and Negative Syndrome Scale (PANSS) total scores at baseline.

“As the treatment duration increased, the prevalence of prolactin-related symptoms decreased, even in the dose-reduction groups, which may be attributed to tolerability to the drug, as well as the dropouts,” wrote the authors. 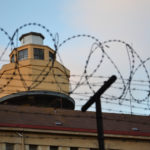