In individuals with schizophrenia spectrum disorders, negative symptoms had a strong association with a higher risk for cardiovascular disease (CVD) and factors indicating an unhealthy lifestyle, according to the results of the CHANGE trial published in Schizophrenia Research.

People with severe mental disorders die an average of 15 years earlier than the general population in Western countries. CVD is the most frequent cause of death, and unhealthy eating habits and lack of physical activity are major contributing factors to earlier mortality.

In contrast, better level of functioning and cognitive function correlated positively with cardiorespiratory fitness and HDL and correlated negatively with waist circumference and HbA1c, as well as predicting better fitness, higher HDL, and lower HbA1c at 2-year follow-up.

The investigators noted that although various clinical and psychosocial factors were associated with less healthy lifestyle factors and higher risk for CVD, the strongest associations were with negative symptoms. They cautioned, however, that bidirectional causality should be considered, and argued that reduction of negative symptoms should be investigated further to reduce the CV morbidity and mortality seen in individuals with schizophrenia spectrum disorders. 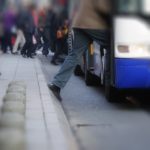 Improving Performance of Everyday Activities Is Critical in Schizophrenia