The strongest predictors of treatment-resistant schizophrenia in a patient include taking antipsychotics, being an inpatient at the time of diagnosis, or spending more than 30 days in a psychiatric hospital before a schizophrenia diagnosis, according to new research reported in Lancet Psychiatry. An estimated 30% of patients with schizophrenia demonstrate resistance to treatment — not responding to sufficient dosages of at least 2 antipsychotic medications — and therefore require clozapine.

“The social and economic costs of poorly managed treatment-resistant schizophrenia are high, and duration of insufficiently treated or untreated psychosis is strongly associated with unfavorable long-term outcomes,” wrote Theresa Wimberley, MSc, of Aarhus University in Denmark, and her colleagues. “Identification of patients at high risk for treatment resistance at the time of schizophrenia diagnosis would be of clinical benefit in minimizing the delay to clozapine treatment.”

Among the 8624 patients followed for a median of 9 years, 13% were eventually prescribed clozapine, 11% were admitted for schizophrenia, and 44% of patients received polypharmacy treatment for at least 90 days. Of the 8044 patients for whom the researchers had all data, 21% met the primary criteria, and the researchers assessed the strength of 16 possible risk factors. 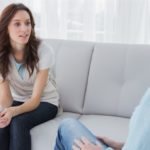