People who suffer from severe schizophrenia have very different brain networks compared to others with milder schizophrenia, bipolar disorder, or no mental illness, according to new research from Canada’s Centre for Addiction and Mental Health (CAMH).

Researchers say the findings confirm mounting evidence that schizophrenia is in fact more than one brain disorder. 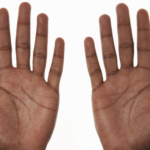