Because symptoms differ widely between patients, a more specific method is needed to stratify individuals with psychosis—beyond clinical high-risk and recent-onset, suggests a study published in JAMA Psychiatry. To better identify and categorize symptoms, researchers developed a machine learning model to “redraw boundaries” within early psychosis.

The researchers found depression symptoms in 51% of the CHR-P and ROP and in 26% of a high-functioning subgroup. They also found an underlying genetic risk of early illness. These and other discoveries around genetic cognitive risk factors support the use of “neurodevelopmental preventive strategies and provide a homogeneous target that could enhance the possibility of translation,” the investigators believe.

The researchers admitted that classifying individuals with early illness is difficult because symptoms may change rapidly. They also stated that the patterns found “could be further probed for more sensitive underlying dimensions and subgroups.”

In conclusion, “associations between the modalities were not straightforward and may indicate relatively independent preventive targets,” the researchers stated. “The results provide important context beyond positive symptom severity in these groups and their associations to brain volume reductions.” 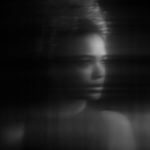