Immune hypothalamic-pituitary adrenal (HPA) axis dysregulation and high levels of stress may be an important mechanism for the onset of psychosis after childbirth in vulnerable women, according to findings published in Psychoneuroendocrinology.

Monica Aas, PhD, of the Institute of Psychiatry, Psychology, and Neuroscience, Kings College, London, United Kingdom, and colleagues investigated the role of stress responses in postpartum psychosis using multiple HPA axis and immune biomarkers in combination with measures of life events and perceived stress. The researchers conducted assessments with the List of Threatening Experiences questionnaire and the Perceived Stress Scale. They measured HPA activity with salivary cortisol at 6 time points and immune factors with peripheral blood samples.

The study population (age range, 18-41 years) consisted of 14 women with a current episode of postpartum psychosis and 16 women at risk for postpartum psychosis with a history of bipolar or schizoaffective disorder who were currently well and 26 healthy control subjects. The average assessment time was postpartum week 14.8±10.1.

The researchers noted that recent stressful life events, perceived stress, daily cortisol levels, and high sensitivity C-reactive protein accounted for 78% of the variance between women with postpartum psychosis and healthy controls and 46% of the variance between at-risk women and healthy controls. In addition, stress (P =.02) and cortisol levels (P =.04) were linked to symptom severity.

Study limitations include the small size of the study populations; the measurement of inflammatory markers in peripheral blood, which is an indirect measure of brain activity; and assessment at a single time point, which prevented the determination of causality. Furthermore, the women in the postpartum psychosis group were later in their postpartum period — approximately 20 weeks compared with 12 and 13 weeks in at-risk women and healthy women, respectively.

The investigators concluded, “Our findings provide initial evidence that stress and its biological response may play a role in the [a]etiology of [postpartum psychosis] and offer an interesting basis on which to conduct further investigations on the role of the stress and immune response in this neglected clinical population.” 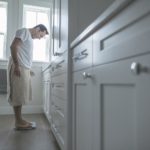