People in whom psychosis develops also have poor integration in the coordinated development of cortical folding, according to research published in JAMA Psychiatry. This suggests that gyrification-based connectomes could be a means to generate systems-based measures from anatomic data to advance the prediction of transition to psychosis in clinical high-risk (CHR) individuals.

To date, there has been limited prognostic accuracy of clinical instruments in predicting the onset of psychosis, and no reliable biological marker has been identified to delineate CHR individuals in whom psychosis will develop from those in whom it will not.

Researchers conducted a cross-sectional magnetic resonance imaging study that included 161 individuals (ages ranging from 24.0 [4.7] years to 25.9 [5.7] years) in 4 study groups: 44 healthy controls, 63 at-risk mental state individuals who did not transition to psychosis, 16 at-risk mental state individuals who later transitioned to psychosis, and 38 antipsychotic-free patients with first-episode psychosis. Participants were recruited from the Department of Psychiatry at the University of Basel in Switzerland. The study dates were November 2008 to November 2014, and analysis was from March 2017 to November 2017.

The researchers found that patients in whom psychosis later developed exhibited disorganized gyrification network properties. Gyrification network measures were found to predict the future outcome of transition to psychosis with an accuracy rate of more than 80% (81.34% balanced accuracy). The researchers estimated that the use of gyrification connectomes can reduce uncertainty in predicting transition by 76%. The study results also suggest that the testing burden is likely tolerable to gain precision.

The researchers noted 3 major findings. The first was that individuals with an at risk mental state who later transitioned to first-episode psychosis already showed abnormalities in the gyrification connectome, indicating subtle neurodevelopmental aberrations. Specifically, patients who later transitioned to psychosis demonstrated a highly segregated but poorly integrated pattern in structural covariance of cortical folding compared with nonconverters and healthy individuals. Second, the alterations in the gyrification connectome seen in individuals with an at-risk mental state who did transition to psychosis were also present in those who were did not take antipsychotic medications and had first-episode psychosis. Third, by using topologic measures of the gyrification connectome, the researchers were able to predict the future outcome of a transition to psychosis with 81.34% balanced accuracy.

The study had several limitations. It remains unclear how to best define individual nodes when constructing graph networks, and the researchers did not assess perinatal complications and could not explore whether developmental problems drove the observed topologic abnormalities. In addition, whereas transition generally plateaus the first 2 years after clinical assessment, the duration of follow-up should be considered when testing the predictive accuracy of gyrification networks. The lack of significant association between topologic alterations and symptom expression should also be considered carefully; disorganized gyrification could be indicative of poor cognitive or functional outcomes that were not explored in this study.

“We provide the first report to date that a transition to psychosis is associated with developmental disruptions in the morphogenesis of cortical folding. This observation makes perturbed neurodevelopment directly relevant to the neurobiology of psychosis onset in a sample with clinically defined at-risk mental state,” the researchers wrote.

“Gyrification connectomes can potentially be used to provide sample enrichment among CHR individuals to promote prevention of psychosis,” they concluded. 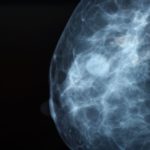 Risk of Breast Cancer May Be Higher in Women With Schizophrenia