The Common Mind Consortium (CMC) is a public-private partnership of brain banks aimed at advancing genomic research on neuropsychiatric illness. The CMC includes more than 1 150 postmortem brain samples from individuals with and without such disorders. In a study published in Nature Neuroscience in September 2016, the group investigated the liability conferred by schizophrenia-associated genetic variants within 108 genetic loci previously identified in genome-wide association studies (GWAS).1,2

Consistent with a polygenic model, earlier findings indicate that schizophrenia results from numerous genetic variants with small effects on the risk of developing the disease.3,4 This can “complicate characterization of the biological processes they influence, both at the level of particular genes and at the pathway level,” wrote the authors of the current research. Findings of many prior gene-expression studies on schizophrenia are inconsistent and rarely replicated, and the studies were likely not sufficiently powered to detect the subtle effects involved in the disease.

Noting these limitations, scientists at numerous universities in the US and abroad sequenced RNA from the dorsolateral prefrontal cortex (dlPFC) between 258 subjects with schizophrenia and 279 controls to compare gene expression patterns between the 2 groups. The dlPFC has been implicated in schizophrenia in other genetic research, and it is the brain area that regulates aspects of executive function that are dysregulated in the disease. Both groups were similar in terms of various ethnicities represented, and the data were adjusted for covariates of RNA integrity, library batch, institution, diagnosis, age at death, genetic ancestry, post-mortem interval, and sex, which combined to account for a sizable fraction (0.42) of the average variance of gene expression.

The results show that approximately 20% of the schizophrenia-associated loci “have variants that could contribute to altered gene expression and liability,” the authors reported. Five of these loci involved a single gene: CLCN3, SNAP91, and TSNARE1, which are synaptic components, and CNTN4 and FURIN, which influence neurodevelopment. The authors then manipulated the expression of these genes in zebrafish embryos and found that overexpression of TSNARE1, CNTN4, and FURIN resulted in significantly smaller head size: 9.5%, 3.5%, and 24.5%, respectively. They then examined the impact of FURIN knockdown in human neural progenitor cells (NPCs), and discovered that it led to significantly diminished radial migration.

The findings further revealed that 693 genes were differentially expressed between subjects with schizophrenia and controls, with mean fold changes of 1.09 and a range of 1.03-1.33. Similar results were noted in an independent cohort.

“Both alone and in combination with other data sets such as GTEx, the CMC data will empower future studies, paving the way for connecting genetic influences on cellular function with changes in macroscopic circuits of the brain that may ultimately lead to disease,” the authors concluded. 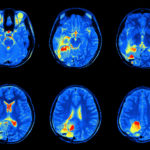 Ambiguity Aversion is Attenuated in Schizophrenia