Olanzapine therapy was associated with significantly greater change in blood glucose levels than ziprasidone, lurasidone, risperidone, or placebo treatment in patients with schizophrenia, according to a recent meta-analysis published in BMC Psychiatry.

Researchers performed a systematic search of the PubMed, EMBASE, and Cochrane databases to identify randomized controlled clinical trials that compared changes in blood glucose levels between patients who had received one of 12 antipsychotic drugs — including amisulpride, aripiprazole, asenapine, sertindole, clozapine, haloperidol, paliperidone, and quetiapine — or placebo. Rather than traditional pair-wise analyses, the authors used network meta-analyses, which allowed for both direct and indirect comparisons.

Forty-seven studies with 114 relevant arms and a total of 9846 patients were identified and included in the meta-analysis. Of the antipsychotic drugs included, only olanzapine was associated with a significant increase in blood glucose level compared with placebo (mean difference: 3.95; 95% CI, 0.14-7.76). Of note, olanzapine was associated with significantly greater change in glucose level than ziprasidone, lurasidone, or risperidone (mean differences: 5.51, 5.58, and 3.05, respectively). Both ziprasidone and lurasidone were associated with minimal changes in blood glucose level compared with other antipsychotic medications.

The authors noted several limitations in this meta-analysis. Because of lack of data, drugs such as chlorpromazine and zotepine were not included, although they are effective schizophrenia treatments. Asenapine, sertindole, and amisulpride were seldom included in head-to-head trials, thus limiting the number of studies included as well as the precision of the results.

Although most studies included were 8 to 12 weeks in duration, the inclusion of some short-term and long-term trials may have identified different effects on glucose metabolism.

The authors concluded that these results may be of value to clinicians in individualizing treatment and that metabolic effects should be closely monitored in patients with schizophrenia. 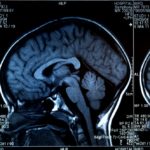 Examining the Potential of Neuroanatomical Imaging Signature for Schizophrenia Biomarkers