An enhanced text messaging-based intervention administered to resource-poor communities in China was more effective than a free-medicine program alone in improving medication adherence among patients with schizophrenia, according to study data published in PLOS Medicine.

These data support the efficacy of adjunctive mobile text support compared with a standalone free-medicine program alone in improving medication adherence in residents of resource-poor communities. “Two unique features may have contributed to the relative superiority of LEAN: active engagement of lay health supporters and the use of texting to connect the entire treatment team from patients to lay health supporters to village doctors to psychiatrists, all in support of the patient,” researchers wrote.

Given the short follow-up period and small patient cohort, results should be extrapolated with care. Further LEAN program research will test the efficacy of customized text programs for each patient. 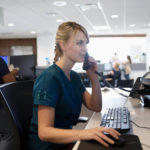