According to recent findings published in Biological Psychiatry, the researchers affiliated with Yale University identified novel early (neuroimaging and behavioral) biomarkers of schizophrenia in a preclinical rat model.

Rodent models are essential in order to examine the neurobiologic and behavioral basis of schizophrenia because of the complex interplay between genetic and environmental variables in neuropsychiatric disorders. For example, rats exposed to the mitotoxin methylazoxymethanol acetate (MAM) during embryonic day 17 show a phenotype that is similar to that in individuals diagnosed with schizophrenia.

Based on various criteria, this is an appropriate model of schizophrenia because MAM rats exhibit behavioral, neurophysiologic, and neuroanatomic correlates of schizophrenia in a human population.

Adolescence is a time period when the risk for psychiatric disorders is high, and it is therefore necessary to identify risk factors during adolescence that may predispose to conditions such as schizophrenia. Until now, MAM-induced neural dysfunction has predominantly been studied in adult rats, and only a few studies examined adolescent MAM rats.

The researchers also calculated resting-state fMRI functional connectivity. Data indicate that MAM rats have more connections between the visual cortex and many other cortical and subcortical regions, as compared with rats in the control group. On contrary, MAM rats have lower functional brain connectivity between left orbitofrontal cortex (OFC) and other brain regions, relative to control rats. OFC is a brain area involved in many functions that are related to behavioral flexibility and evaluation of rewards. Researcher also reported within-region differences between experimental and control animals in most cortical areas, the midbrain, hypothalamus, as well as in the dorsal hippocampus.

Metabolic differences were observed across brain regions between two groups of animals, and these findings are in line with the fMRI data. Immunohistochemical staining data indicate that MAM rats have higher neuronal density in visual cortex but lower neuronal density in OFC; these differences may account for the metabolic differences observed in these brain regions (eg, MAM rats have higher glucose metabolism in the visual cortex but lower glucose metabolism in OFC).

As hypothesized by the researchers, based on the neuroimaging data, OFC-mediated behaviors were altered in MAM rats in early adulthood. “MAM rats are better at adapting their responding when the reinforcement probabilities changed,” they wrote. In other words, MAM rats exhibit a “hyperflexible phenotype” in a reward-based decision-making behavioral task. This phenotype of young MAM rats is contrary to previous reports where older MAM rats were shown to have impaired reversal learning.

“Reward-seeking behaviors peek in adolescence and decline thereafter with a concomitant increase in prefrontal control and decrease in midbrain dopamine concentration,” and, thus “The age-dependent decline in reward sensitivity might explain this discrepancy,” the authors noted. In two other unrelated studies, enhanced behavioral flexibility has been observed in models of schizophrenia-like behaviors.

The authors did mention that the use of an alpha-2-adrenoreceptor agonist, dexmedetomidine, for sedation during imaging is a limitation, but, “since MAM and control rats were both exposed to the same anesthetic, [they] believe the comparative analysis reveals model-specific changes.”

“Since each of these magnetic resonance methods is clinically translatable, these markers could contribute to early diagnosis and the development of novel therapies of schizophrenia,” the investigators concluded in their publication. 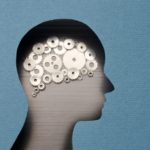 Progress in Psychiatry Requires a Marriage of Utility to Validity