New evidence indicates that patients diagnosed with schizophrenia, schizoaffective disorder, or bipolar disorder can successfully be identified based on their cortical ‘low GABA marker’ (LGM) molecular phenotype. Researchers affiliated with University of Pittsburgh conducted the study, and their findings were published in Psychological Medicine journal.

Postmortem analyses of brain tissue in patients diagnosed with schizophrenia consistently show disturbances in gamma aminobutyric acid (GABA) nerve cells in the prefrontal cortex (PFC). These findings have repeatedly been replicated, and deficits in GABA neuron-related mRNAs cannot be attributed to the use of antipsychotic medications.

“Alterations in inhibitory neurotransmission have been reported to contribute to cognitive impairments that are present in schizophrenia, schizoaffective disorder, and bipolar disorder,” the authors noted in their publication.

In the current study, researchers quantified the transcript levels of GAD67, parvalbumin, somastatin, and Lhx6 in the PFC to identify the cortical phenotype across these 3 severe psychiatric disorders. In line with previous reports, the investigators show that only 5% of typical, healthy control participants (n=87) present with a LGM molecular phenotype, compared with 49% of patients with schizophrenia, 48% of patients with schizoaffective disorder, and 29% of patients with bipolar disorder.

GAD67 is an enzyme that catalyzes the decarboxylation of glutamate to the inhibitory neurotransmitter GABA, and the ablation of GAD67 results in an almost complete reduction in basal GABA levels in the brain. Parvalbumin is a calcium-binding protein present at high levels in GABAergic neurons, and is an important modulator of intracellular calcium dynamics in nerve cells. Somastatin is a cyclic polypeptide that is colocalized and sometimes co-released with GABA, and has been implicated in various cognitive and affective functions. Lhx6 is a transcription factor that is expressed in GABAergic cells and its silencing impedes migration of interneurons into the cortex.

“The presence of the LGM molecular phenotype may represent a substrate for cognitive impairment in subsets of these subjects…. and individuals with [this] phenotype may potentially benefit from pharmacological treatments that focus on GABA-related disturbances,” the authors concluded.

David A. Lewis currently receives investigator-initiated research support from Pfizer. In 2013–2015, he served as a consultant in the areas of target identification and validation and new compound development to Autifony, Bristol-Myers Squibb, Concert Pharmaceuticals and Sunovion. Yun Zhang is currently a part-time employee of Janssen Pharmaceutical Research and Development under the auspices of the University of Pittsburgh’s Curricular Practical Training during her Ph.D. degree program. 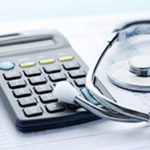 Can A Risk Calculator Predict Conversion to Psychosis?