Schizophrenia is frequently accompanied by comorbid psychiatric disorders. Approximately 30% of patients with schizophrenia have OCD, which can further impair social and cognitive functioning. Efforts to cognitively differentiate between patients with and without schizophrenia and OCD have yielded conflicting results, however.

Swapnajeet Sahoo, MD, of the Department of Psychiatry at the Postgraduate Institute of Medical Education & Research in Chandigarh, India, and colleagues evaluated 40 patients with schizophrenia and comorbid OCD and compared them with 39 patients with schizophrenia but without OCD. Patients were assessed with the Trail Making Test A and B (TMT-A/B), Controlled Oral Word Association (COWA) test, Stroop test, Tower of London (TOL) test, and Positive and Negative Syndrome Scale (PANSS) test. Severity of OCD was evaluated with the Yale-Brown Obsessive Compulsive Scale (Y-BOCS).

In the patients with OCD, 26 had the disorder as an inherent part of their illness while 14 patients had developed OCD after starting antipsychotic medication. Most patients in both groups had paranoid type schizophrenia.

Among the study limitations are the fact that all patients were receiving antipsychotics, which may have affected cognitive functioning; assessments were done cross-sectionally; intelligence quotient (IQ) was not assessed in the study; and that the sample size was relatively small.

The researchers concluded that in considering patients with schizophrenia for cognitive remediation, comorbid OCD must be taken into account as patients with both disorders have a poorer neurocognitive profile. 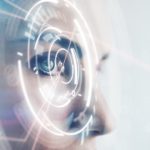 Visual Integration Impairment Characteristic of Psychosis, Not Specific to Schizophrenia