Cognitive behavioral therapy for psychosis (CBTp) effectively lessened the severity of psychotic symptoms and rates of psychosis transition during the prodromal stage of psychosis. This is according to the results of a systemic review and meta-analysis published in Schizophrenia Bulletin.

CBTp is a first-line treatment for people at clinical high risk of psychosis. Previous studies to determine whether CBTp improves clinical outcomes in young adults at risk of psychosis were inconclusive, but the study authors believe CBTp is a promising preventive intervention.

The primary outcome was transition to psychosis. Secondary outcomes included psychotic symptoms, quality of life, depression, and distress. Of an initial 510 publications, 14 published papers met all inclusion and exclusion criteria. The results yielded 1128 total participants, 57.5% of whom were men.

This study had some limitations. The transition criteria varied among studies analyzed, which may have influenced results. Significant heterogeneity was also present in secondary outcomes.

“While the case for beneficial effects on functioning, depression, quality of life and distress appears, from studies to date, to be weak, current evidence does support the hypothesis that CBTp could significantly reduce transition rates by 12 months, 24 months, and over 24 months,” the researchers concluded. “Benefits could also be observed in reducing attenuated psychotic symptoms by 12 months and 24 months, with less robust evidence.” 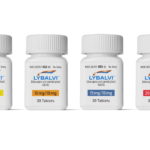