Researchers have found that in individuals at ultra-high risk (UHR) for psychosis, childhood abuse and neglect are pluripotent risk factors for developing psychosis, depressive disorder, post-traumatic stress disorder (PTSD), panic disorder, and social phobia in adulthood. The findings were published in Schizophrenia Bulletin.1

“In the last 2 decades, research has increasingly focused on early detection of psychosis,” the researchers wrote. “As 70% of individuals meeting UHR criteria will not go on to develop a psychotic episode, it is important to search for additional factors that may contribute to psychosis risk.”

The researchers found that despite previous research showing the strongest associations between sexual abuse and psychosis, findings from this study showed that a history of emotional abuse was associated with an increased risk for transition to psychosis (odds ratio [OR] 3.78; 95% CI, 1.17 to 12.39; P =.027). However, this effect was only present when controlling for the effects of other types of maltreatment.

“Interestingly, emotional neglect significantly protected against transition to psychosis,” they wrote. “It might be that childhood without emotional comfort or protection teaches the child that he can stand being neglected and survive on [his] own. However, it should also be noted that different types of child maltreatment are likely to co-occur, and further research is needed to explore the effects of child maltreatment.”

“Our findings could be explained by the fact that adverse events during [childhood], a period of significant brain maturation, probably impacted neurodevelopment,” the researchers wrote. “Exposure to adverse events may result in an overactive stress regulation system and permanent changes in the hypothalamicpituitary-adrenal (HPA) axis. An overactive HPA-axis causes increased cortisol levels in the brain, leading to increased distress in reaction to environmental stressors.”

“In congruence with earlier reports, our findings clearly indicate that child maltreatment is significantly more prevalent in young individuals who present with UHR symptoms compared [with] controls,” the researchers wrote. “However, significant associations were only found for emotional abuse and it might be that child maltreatment is a risk factor for UHR status but that its additional effect on transition to psychosis in the UHR stage is limited.”

These findings emphasize the importance of reducing the harmful effects of emotional and physical childhood abuse.

“Because in particular the combination of child maltreatment and the presence of attenuated psychotic symptoms seems a precursor for severe and complex psychopathology, it is warranted to screen for UHR status and childhood abuse in mental healthcare settings,” they concluded.

3. Kilcommons AM, Morrison AP. Relationships between trauma and psychosis: an exploration of cognitive and dissociative factors. Acta Psychiatr Scand. 2005;112:351-359. 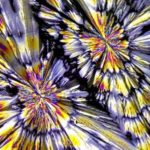 Increases in Autonomic Function May Predict Auditory Hallucinations in SCZ