The latest pre-clinical and clinical data indicate a possible role of cannabinoid receptors in the development of neuropsychiatric disorders such as schizophrenia. Investigators affiliated with the University of Illinois at Chicago, University of California San Diego, and the Jesse Brown Veterans Affairs Medical Center recently published their findings that are consistent with this notion. They show that the dysregulation of the endocannabinoid signaling system is present among individuals diagnosed with schizophrenia without a comorbid cannabis-use disorder. These data were reported in Psychiatry Research.

Researchers compared the mRNA expression level of cannabinoid receptors in human peripheral blood mononuclear cells obtained from 35 patients (17 females) diagnosed with schizophrenia with those of 35 (18 females) typical, healthy participants. Participants in both groups did not have current substance-use disorder, including marijuana, alcohol, opiates, cocaine, and methamphetamine use, abuse, or dependence. There was a significant difference with regard to race between the two groups, with Black participants being overrepresented in the schizophrenia group. There were no differences between the groups with regard to age, body mass index, or tobacco use, and these characteristics were not used as covariates in the analyses.

Investigators used the DMS-IV-TR and the Structured Clinical Interview for DSM-IV-TR Axis I Disorder research version, patient edition (SCID) to diagnose the participants. They also used the measures of the MATRICS Consensus Cognitive Battery to evaluate cognitive function including sustained attention (the Continuous performance test), visual scanning, psychomotor processing speed (the Trails A subtest), verbal learning (the HVLT subtest) and visual learning (the BVMT subtest), visual working memory (the WMS spatial span subtest), executive function (the Mazes subtest), and semantic fluency (the Verbal fluency subtest). In their study, special emphasis was on attention, processing speed, and working memory, as individuals diagnosed with schizophrenia are most impaired in these cognitive domains. To examine the clinical symptomatology, they used the Positive and Negative Syndrome Scale (PANSS) in both groups of participants.

“PBMCs cannabinoid receptor levels may coordinate with illness severity even in the absence of cannabis use, and, it is possible that the association between CB receptor expression and schizophrenia converges on immune dysfunction in the PBMCs,” investigators concluded. 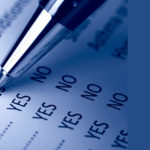 How Reliable Are Patient-reported Outcomes in Schizophrenia?