Structural brain abnormalities in patients with schizophrenia, providing insight into how the condition may develop and respond to treatment, have been identified in an internationally collaborative study led by a Georgia State University scientist.

Scientists at more than a dozen locations across the United States and Europe analyzed brain MRI scans from 2,028 schizophrenia patients and 2,540 healthy controls, assessed with standardized methods at 15 centers worldwide. The findings, published in Molecular Psychiatry, help further the understanding of the mental disorder.

The work was the outcome of the Enhancing Neuroimaging Genetics through Meta-Analysis project (ENIGMA), from the Schizophrenia Working Group that is co-chaired by Jessica Turner, associate professor of psychology and neuroscience at Georgia State, and Theo van Erp, assistant research professor in psychiatry at the University of California, Irvine. 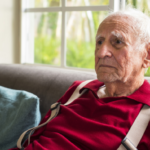