An automated speech analysis program correctly differentiated between at-risk young people who developed psychosis over a two-and-a-half year period and those who did not. In a proof-of-principle study, researchers at Columbia University Medical Center, New York State Psychiatric Institute, and the IBM T. J. Watson Research Center found that the computerized analysis provided a more accurate classification than clinical ratings. The study, “Automated Analysis of Free Speech Predicts Psychosis Onset in High-Risk Youths,” was published in NPJ-Schizophrenia.

About 1% of the population between the age of 14 and 27 is considered to be at clinical high risk (CHR) for psychosis. CHR individuals have symptoms such as unusual or tangential thinking, perceptual changes, and suspiciousness. About 20% will go on to experience a full-blown psychotic episode. 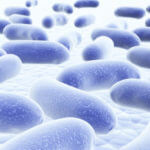 Bacteria in Throat Linked to Schizophrenia