Ambiguity aversion, a well-established subjective bias, is attenuated in patients with schizophrenia, according to a new study published in Schizophrenia Research.

Junya Fujino of the Department of Psychiatry, Kyoto University and colleagues conducted an fMRI study of decision-making under conditions of risk and ambiguity in 21 outpatients with schizophrenia. The results were then compared to those of 30 matched healthy controls. “Risk” was defined as the condition in which “precise probabilities of outcome can be estimated”, whereas, “ambiguity” referred to situations in which the probabilities of outcomes are unknown. While healthy individuals are averse to both risk and ambiguity, they “tend to prefer risk over ambiguity, which is referred to as ‘ambiguity aversion’.”

Participants were given a lottery task in which they were shown two bowls, each containing 24 chips. The bowl on the left was called the “reference bowl,” and it contained 12 red and 12 blue chips. In the risk condition, the composition of the variable bowl was visible, while in the ambiguity condition, part of the variable bowl was hidden by a black occluder placed in the center of the bowl. The risk bowl had six levels of probability for winning, based on the number of red versus blue chips, while the ambiguity level had three. Participants were awarded points for selecting a red chip, with higher points accorded to chips drawn from ambiguity than from risk bowls (5100 and 2000 points respectively).

The patient group chose the ambiguity bowl more frequently than did the control group. There was no difference in attitudes under risk between the groups, but those under ambiguity were significantly lower in the patient group, the researchers reported.

The prefrontal areas of the brain (including the middle frontal gyrus and orbitofrontal cortex) and posterior parietal cortex were more activated during ambiguous decision-making in both groups. However, there were significant differences between groups in the left lateral orbitofrontal cortex, where healthy controls showed increased activation during decision-making under ambiguity, compared to risk. This was not evident in the schizophrenia group.

“Making decisions under uncertainty is an integral part of everyday life,” the researchers noted. Most people prefer to choose a situation with less uncertainty (“risk”) over one with more uncertainty (“ambiguity”), even if the reward is smaller. The attenuated response to ambiguity can lead to potentially dangerous behaviors that may be responsible for “behavioral symptoms, such as financial problems and interpersonal conflicts” experienced by patients with schizophrenia, the researchers concluded. 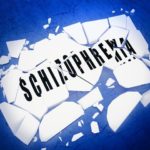