The extension of dependent coverage until age 26 years by the Affordable Care Act (ACA) increased private insurance reimbursement for young adults accessing hospital-based care for psychosis and decreased public insurance coverage, according to a study published in Psychiatric Services. Previously, young adults were not covered by their parents’ private insurance plans once they were no longer full-time students. This policy often left a substantial number of young adults experiencing early-onset psychosis without healthcare coverage.

The study included data from a nationwide sample of inpatient stays and emergency care from 2006 to 2013. Investigators examined how payer source (private, public, or no insurance) and use of hospital services for psychosis changed after the implementation of the 2010 provision but before Medicaid expansion in 2014. The study included adults with a diagnosis of psychosis or schizophrenia without a co-occurring substance use disorder aged 20 to 25 years, as well as a comparison group (aged 27-29 years).

Notably, dependent coverage expansion was not associated with changes in overall insurance coverage or rates of hospitalizations or rehospitalizations for psychosis. National quarterly discharge and emergency department visit rates were lower for individuals aged 20 to 25 years than for the comparison group (20.8 vs 26.3 and 38.2 vs 43.0, respectively).

Investigators noted that the results lacked data after Medicaid expansion and data on outpatient service or pharmacy use. They also could not directly measure if an admission corresponded with a first episode of psychosis. Future studies could examine changes in data after the 2014 expansion of Medicaid.

“This shift from public to private insurance may reduce public spending on young-adult treatments for early-episode psychosis but may leave young adults without coverage for rehabilitation services.,” the study authors noted. 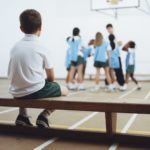