Abnormalities in superficial white matter (SWM) connectivity may contribute to the pathology of schizophrenia and bipolar disorder, according to results from a diffusion weighted imaging study published in Schizophrenia Bulletin.

Investigators performed whole brain tractography in 117 individuals: 31 with schizophrenia, 32 with bipolar disorder, and 54 controls. Patients with schizophrenia and bipolar disorder were recruited from the psychiatry departments of 2 hospitals in France; healthy controls were selected from the general population of the same regions. Structural magnetic resonance imaging scans were acquired for all participants; diffusion weighted images were processed for white matter diffusivity. Segmentation and labeling of SWM tracts were performed using a U-fiber atlas developed in prior research. Mean generalized fractional anisotropy (gFA) was computed from all computed orientation distribution functions. Multivariate analyses were performed to identify gFA differences between patient groups and controls.

Of 100 bundles from the U-fiber atlas used for segmentation and labeling, 65 were successfully reconstructed in all 3 study groups. Of these 65 bundles, the gFA of 17 were significantly different among participant groups. When compared with controls, both patient groups displayed significant gFA reductions in bundles connecting regions involved in language processing, mood regulation, working memory, and motor function. Specifically, each patient group had reduced gFA in 13 of 17 bundles when compared with controls. These bundles included the pars opercularis, insula, anterior cingulate, and precentral gyrus. In patients with schizophrenia, increased gFA relative to controls was observed for areas overlapping the default mode network, including the inferior parietal, middle temporal, and precuneus. Compared with the bipolar disorder group, patients with schizophrenia had significantly lower gFA in 7 bundles and significantly greater gFA in 4 bundles. Per Cohen’s criteria, 12 of 17 bundles that were significantly different between study groups had large effect sizes (Cohen’s d ≥ 0.14); the remaining 5 bundles were within 0.02 of a large effect size. A history of psychotic features did not appear to affect mean gFA in patients with bipolar disorder. Mean gFA also did not appear to correlate with illness duration in either patient group.

These data implicate short U-fibers in the pathology of schizophrenia and bipolar disorder. Further research should examine the anatomy and function of SWM deviations in patients with these psychiatric disorders. Similarities in SWM connectivity may also partially explain the overlapping characteristics of bipolar disorder and schizophrenia. Prospective investigation with a larger cohort is necessary to explore these findings. 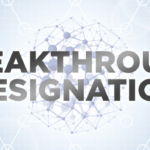