A new study from the U.K. finds that antipsychotic drugs may increase the risk of death in people with Parkinson’s disease psychosis (PDP).

Researchers from the Institute of Psychiatry, Psychology & Neuroscience (IoPPN) at King’s College London found that people with PDP who were treated with antipsychotics were four times more likely to have died following three to six months of treatment than those who did not receive any antipsychotic medication. 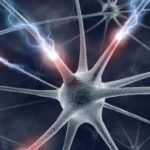