Stroke lesion site did not correlate with specific apathy domains, indicating that physiological changes unrelated to lesion location may contribute to the development of apathy after stroke, according to findings published in the journal Neuropsychologia.

Apathy affects approximately 30% of patients with stroke. Apathy can negatively impact rehabilitation outcomes and increase difficulties for the patient’s caregiver. The 3 domains of apathy include decreased goal-oriented initiation, executive function, and emotional responses.

The patient with global apathy sustained a widespread lesion affecting multiple brain regions. All patients with initiation apathy sustained right basal ganglia lesions as expected. However, patients with executive and emotional apathy did not demonstrate the same lesion locations for specific apathy domains. The lesions were also not located in predicted regions.

The most common cognitive dysfunction was verbal inhibition as evidenced by poor performance on the Hayling Test. No patients performed poorly on the Stroop Test which evaluates processing speeds for congruent and incongruent stimuli. These findings confirmed previous studies which indicated that deficits on the Hayling test corresponded with right lateral prefrontal cortex lesions, whereas deficits on the Stroop Test corresponded with left frontal lesions.

Study limitations included small sample size, the improbability that most patients with poststroke apathy would volunteer to participate in research, and the failure to have caregivers fill out rating scales to more accurately assess patient apathy since patients’ self-rated DAS scores may not be as accurate.

Overall, the findings revealed no correlation between neuropsychological and lesion characteristics and apathy dimensions.

This suggests that “the relationship between multidimensional apathy, neuropsychological function, and neuropathology may be more complex and heterogeneous in stroke than in neurodegenerative disease, likely due to unique lesions and patterns of disconnection between individuals,” the researchers concluded. 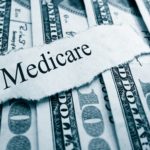