Survey data published in JAMA Neurology indicate that approximately half of US adults perceive themselves to be at least somewhat likely to develop dementia. Even so, few respondents indicated that they had seen a physician about dementia prevention.

Per these data, a significant proportion of older US adults believe they are at least somewhat likely to develop dementia. Notably, non-Hispanic black individuals reported lower self-perceived risk, despite having a higher prevalence of dementia than any other racial or ethnic group. “Adults in middle age may not accurately estimate their risk of developing dementia, which could lead to both overuse and underuse if preclinical dementia treatments become available,” investigators wrote. Judicious use of evidence-based approaches is necessary to appropriately manage dementia risk in older adults. 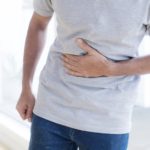 Gut Inflammation Linked to the Development of Parkinson Disease