High-intensity exercise training may improve sleep efficiency, total sleep time, time spent in slow-wave sleep and wake after sleep onset in patients with Parkinson disease (PD) and may be an important nonpharmacological intervention in this population, according to study results published in Movement Disorders.

Most patients with PD have sleep disorders with alterations in sleep architecture, reduction in sleep efficiency, total sleep time, and slow-wave sleep. These sleep disorders are associated with reduced quality of life, depression, psychosis, autonomic dysfunction, and worse motor disability.

As there are limited effective and safe pharmacologic therapies, non-pharmacological interventions may have an important role.  The goal of the current study was to assess the effects of high-intensity exercise rehabilitation combining resistance training and body-weight interval training, compared to a sleep hygiene control, on objective sleep outcomes in PD.

The primary outcome was the change in sleep efficiency ([total sleep time/total time in bed] × 100) for a participant; efficiency was measured by polysomnography, from baseline to the post-16-week intervention, and compared between the 2 groups.

The randomized control trial enrolled 55 patients with idiopathic PD recruited from the University of Alabama at Birmingham Movement Disorders Center and local PD support groups between October 2015 and February 2018. The participants were randomized to the exercise group (27 subjects) or sleep hygiene control group (28 subjects).

There were no group differences in sleep parameters at baseline. Participants in the exercise group had a significant improvement in sleep efficiency compared to those in the sleep hygiene control group (P <.001). As changes in motor symptoms were not a significant predictor of sleep outcomes, the researchers believe observed changes in sleep were because of the exercise intervention and not because of changes in motor symptoms. Chronic exercise improved sleep efficiency compared with baseline, whereas the same effects were not seen with acute exercise.

Furthermore, there was improvement in other measures of sleep architecture in the exercise group, compared to sleep hygiene control group, including total sleep time, wake after sleep onset, and slow-wave sleep. In addition, there was a reduction in the use of sleep medications in the exercise group, compared to the sleep hygiene control group (P =.013).

There was a significant improvement in subjective sleep quality in the sleep hygiene control group, compared to the exercise group.

The study had several possible limitations, including a non-blinded design, lack of non-PD control group, completing polysomnography on a single night without accounting for the potential influence of the first-night effect, and less in-person contact between participants in the sleep-hygiene control group and study staff.

“These findings have important therapeutic implications and are an exciting step forward in identifying non-pharmacological therapies for this common and disabling nonmotor symptom,” concluded the researchers. 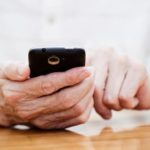