HealthDay News — Higher flavonoid intake is associated with a reduced risk for mortality in patients with Parkinson disease (PD), according to a study published online Jan. 26 in Neurology.

Xinyuan Zhang, from the Pennsylvania State University in University Park, and colleagues conducted a prospective study to examine the association between prediagnosis and postdiagnosis flavonoid intakes and the risk for mortality among individuals with PD. The analyses included 599 women and 652 men from the Nurses’ Health Study and the Health Professionals Follow-up Study, respectively, who were newly diagnosed with PD.

During 32 to 34 years of follow up, 944 deaths were documented. The researchers found that after adjustment for age, smoking status, total energy intake, and other covariates, higher flavonoid intake before PD diagnosis was associated with a reduced risk for subsequent all-cause mortality for men (hazard ratio comparing two extreme quartiles, 0.53), but not women. For flavonoid subclasses, a lower mortality risk was seen with the highest versus the lowest quartile of anthocyanins, flavones, and flavan-3-ols intakes before diagnosis (pooled hazard ratios, 0.66, 0.78, and 0.69, respectively). Greater consumption of total flavonoids; subclasses such as flavonols, anthocyanins, flavan-3-ols, and polymers; and berries and red wine after PD diagnosis were associated with significantly lower mortality risk.

“Our results are exciting because they suggest that people with Parkinson’s in our study who did something as simple as including three or more servings per week of common foods like red berries, apples, and orange juice may have improved chances of living longer,” a coauthor said in a statement. 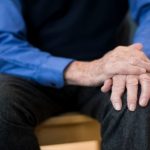