Despite acceptable safety and tolerability of nilotinib, little efficacy for the treatment of Parkinson disease (PD) was observed, and further research should not be pursued. These findings, from a multicenter, randomized parallel-group, double-blind, placebo-control trial, were published in JAMA Neurology.

Patients (N=76) with advanced PD were recruited at 25 centers in the United States between 2017 and 2019 for this study. Patients were randomized in a 1:1:1 ratio to receive 150 mg (n=25) or 300 mg (n=26) nilotinib or placebo (n=25) daily for 2 weeks then twice daily until 6 months. Clinical characteristics were assessed at day 7, 14, and monthly for the duration of the study. At 3 months, blood and cerebrospinal fluid (CSF) was collected for pharmacokinetic assessment.

Randomized groups were well balanced for baseline characteristics. The treatments were generally well-tolerated and 76% of the low-dose, 77% of the high-dose, and 84% of the placebo groups completed the study.

Serious adverse events were similar between groups, in which 1 participant in the high-dose group had cardiac arrhythmia, 1 in the low-dose treatment had abdominal pain, and 2 in the placebo group had gastroesophageal reflux and suicidal ideation, respectively.

The MDS-UPDRS Part III ON assessment at 6 months after study conclusion indicated no significant difference between treatments. However, the nilotinib recipients tended to have increased symptom severity compared with baseline (low-dose: 1.05; high-dose: 0.93).

At the 3-month assessment, dopamine metabolites were not altered in the CSF of nilotinib recipients, and absolute concentrations of inhibition of break point cluster-Abelson tyrosine kinase by nilotinib was 8% and 13% for the low- and high-dose cohorts, respectively.

This study may have been limited by selecting patients with advanced PD who were not typical candidates for PD interventions.

The study authors concluded that nilotinib was safe but ineffective for the treatment of PD and should not be considered as suitable for further studies. 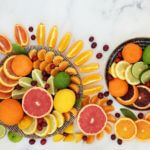