HealthDay News — Intake of primary nutrients and bioactives in green leafy vegetables is associated with slower cognitive decline, according to a study published online in Neurology.

Martha Clare Morris, ScD, from Rush University in Chicago, and colleagues conducted a prospective study involving 960 participants of the Memory and Aging Project, ages 58 to 99 years, who completed a food frequency questionnaire and had 2 or more cognitive assessments over a mean of 4.7 years.

The researchers found that consumption of green leafy vegetables was correlated with slower cognitive decline in a model adjusted for confounding variables.

Those in the highest quintile of intake (median 1.3 servings/day) had a decline rate that was β = 0.05 standardized units slower, equivalent to being 11 years younger in age. Individual associations with slower cognitive decline were seen for higher intakes of each of the nutrients and bioactives except β-carotene. The rates for the highest vs the lowest quintiles of intake in adjusted models were β = 0.02 for phylloquinone, β = 0.04 for lutein, β = 0.05 for folate, β = 0.02 for α-tocopherol, β = 0.04 for nitrate, β = 0.04 for kaempferol, and β = 0.02 for β-carotene, with the latter rate being nonsignificant.

“Consumption of approximately one serving per day of green leafy vegetables and foods rich in phylloquinone, lutein, nitrate, folate, α-tocopherol, and kaempferol may help to slow cognitive decline with aging,” the authors write. 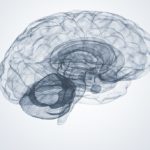 Does Alcohol Use Increase Cognitive Impairment in HIV-Positive Individuals?