The FDA has accepted Teva Pharmaceutical’s new drug application for SD-809 for the treatment of chorea associated with Huntington’s disease, rare and fatal neurodegenerative disorder caused by the progressive breakdown of nerve cells in the brain that affects about five to seven people per 100,000 in western countries.

The NDA filing is based on positive results from two phase 3 studies. FIRST-HD, a placebo-controlled, randomized study, demonstrated that SD-809 (deutetrabenazine) reduced chorea in patients with Huntington’s disease (HD). ARC-HD, an open-label study, demonstrated that patients were able to safely convert from tetrabenazine, currently the only approved drug for HD-associated chorea, to deutetrabenazine overnight with continued control of chorea.

Deutetrabenazine was found to be safe and tolerable in the FIRST-HD study, with low rates of depression, somnolence, akathisia/restlessness, and anxiety

The FIRST-HD and ARC-HD studies showed a favorable safety and tolerability profile for deutetrabenazine, including low rates of depression, somnolence, akathisia/restlessness and anxiety. The most commonly reported adverse events in ARC-HD patients were somnolence, fall, and nasopharyngitis.

Deutetrabenazine is an oral, small molecule inhibitor of vesicular monoamine 2 transporter (VMAT2) that is designed to regulate the levels of dopamine in the brain. 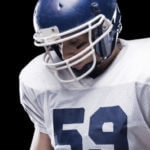