Adult exposure to economic hardship (EH) results in worse aging outcomes in midlife, including reduced physical and cognitive capabilities and higher levels of certain inflammatory markers, according to a study published in the European Journal of Ageing.

Investigators obtained yearly data on household income from Statistics Denmark from the period of 1987 through 2008. EH was defined as having an equivalized household disposable income <60% of the median disposable income of the population of Denmark that year. Accumulative exposure to EH was calculated as the total number of years spent in hardship between 1987 and 2008. Additionally, descriptive plots of the timing of EH were constructed to assess the probability of experiencing EH over time. Economic data were then linked with cross-sectional survey data from the Copenhagen Ageing and Midlife Biobank (CAMB) collected in 2009 to 2011. The CAMB administered physical and cognitive tests to participants and collected nonfasting blood samples. Physical capability measures included chair rise performance, hand grip strength, jump height, and balance. Selected subsets of the Intelligenz-Struktur-Test were used to measure cognitive ability. Blood samples were used to assess markers of systemic inflammation, including C-reactive protein (CRP), interleukin-6 (IL-6), and tumor necrosis factor-α (TNF-α). Analyses were adjusted for gender, age, long-term parental unemployment and/or financial problems, education, baseline income, and original study cohort before participation in CAMB.

The final sample comprised 5575 participants in the CAMB, of whom 68.6% were men. Two age groups were defined in the CAMB survey: 49 to 53 years (42.6%) and 56 to 63 years (57.4%). Eighteen percent of the sample had experienced 1 or more years of economic hardship during 1987 to 2008, and 3.6% had experienced EH for 4 or more years. Compared with no years of EH, 4 or more years spent in economic hardship was associated with poorer scores in all physical capability tests, poorer cognitive function, and higher levels of CRP and IL-6 for study participants. No statistically significant differences were observed between respondents who had been in EH for 4 years and those who had been in EH for 1, 2, or 3 years. Compared with those with low probability of EH, participants with a high probability of EH had poorer physical capability and higher CRP levels. However, high probability of EH was not associated with poorer cognitive function or increased levels of TNF-α.

These data emphasize the impact of poverty on certain aging outcomes, notably physical performance, cognitive ability, and systemic inflammation. The researchers acknowledge that the generalizability of study data may be limited only to societies similar to Denmark and that few study participants were rural residents, and the overall sample was in good health. Even so, preventative measures to reduce the burden of economic hardship may be beneficial to the aging population. 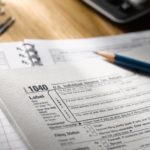