Researchers, led by Mika Kivimäk, PhD, from the Department of Epidemiology and Public Health at the University College London in the UK, analyzed 39 prospective cohort studies that included a total of 1,349,857 participants from Europe, the United States, and Asia with no history of dementia; were population based with BMI assessed from all participants before the ascertainment of dementia; recorded hospital-treated dementia or dementia deaths; and had accrued a minimum of 3 years of follow-up. 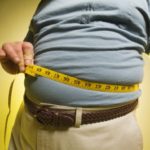