Among patients with Parkinson disease-associated dementias, goal-oriented cognitive rehabilitation improved goal attainment and related satisfaction and may be an effective nonpharmacologic therapy in this patient population, according to research published in the International Journal of Geriatric Psychiatry.

In this pilot randomized controlled trial (Cognitive Rehabilitation for Parkinson’s Disease Dementia; CORD PD), participants with dementias associated with Parkinson disease were randomly assigned to receive goal-oriented cognitive rehabilitation (n=10), relaxation therapy (n=10), or treatment as usual (n=9). At baseline, all participants set goals for themselves in an interview. The primary outcomes were self-rated goal attainment and satisfaction with goal attainment at 2 and 6 months.

The study authors concluded that the results “provide primary evidence of the potential effectiveness of goal-oriented [cognitive rehabilitation] for promoting functional independence in people with [Parkinson disease dementia] and [dementia with Lewy bodies], and improving their well-being and that of their [caregivers].” 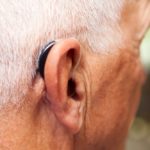 Risk for Dementia, Cognitive Decline May Be Linked to Age-Related Hearing Loss