Among patients in the early subacute poststroke phase, the use of mental practice was not associated with improvements in mobility, muscular strength, quality of life (QoL), or mental health. These findings were published in the Journal of Bodywork and Movement Therapies.

Few clinical trials have investigated the use of mental practice for gait rehabilitation in the early subacute poststroke phase. Researchers of the current study sought to explore the impact of mental practice on mobility rehabilitation in this scenario. The randomized, controlled, parallel-group study (ClinicalTrials.gov identifier: NCT02540096) was conducted in Juiz de Fora, Brazil.

Researchers assessed mobility with the use of Timed Up and Go (TUG) and the 5-Minute Walk Test (5MWT). Lower extremity muscular strength, TUG Assessment of Biomechanical Strategies (ABS), QoL, and depression were evaluated as well.

Participants, who were between the ages of 50 and 80 years, had been clinically diagnosed with ischemic or hemorrhagic stroke in the early subacute phases. Eligibility criteria for enrollment included the following: (1) exhibiting muscular strength deficiency in the affected side of the body of 15% or more compared with the healthy side, measured with the use of manual dynamometry; (2) ability to perform the TUG; (3) ability to walk a distance of 5 meters independently, with or without the use of an auxiliary walking device or orthosis; and (4) having a total score of 25 or more on the Kinesthetic and Visual Imagery Questionnaire, thus demonstrating the ability to perform the imagining of movements.

The cognitive training protocol began with 25 minutes of memorizing a sequence of words, naming objects, and performing mathematical calculations. Following that, the participants performed deep breaths with their eyes closed in a seated position for the relaxation phase. Lastly, for 3 minutes, they imagined a landscape or a place that promotes a sense of peace and tranquility, which resulted in 30 minutes of total cognitive training.

In the second moment of each session, individuals in both of the groups performed a physical exercise protocol, which involved a 40-minute series of stretching and muscular strength exercises for the lower body and limbs, taking into account each person’s limitations. The physical exercise protocol included 1 set of 2 repetitions of passive and bilateral stretching of hip extensor, knee flexor, and plantarflexion. The proposed intervention occurred 3 times weekly for a total of 12 sessions. The performance measures of interest to the study were reassessed after 4 weeks of intervention.

When scores were compared between the groups following the intervention (between-subjects), no significant differences were reported for any of the study outcomes. In an analysis of deltas (ie, gains), those in the mental practice group exhibited a decrease in TUG score (P =.27) and an increase in total TUG ABS score (P =.14).

Study limitations included the fact that some of the nonsignificant findings may have been affected by the small number of participants. Additionally, since the study was conducted in the subacute phase of stroke, it is not known whether the results would be different if the intervention were carried out in the acute phase during hospitalization. Further, since the trial was conducted in a Brazilian city among outpatients, generalizability of the data to other countries or other populations of patients is difficult.

The investigators concluded “Mental Practice was not associated with mobility, muscular strength, 53 mental health, and quality of life improvement for patients in the early subacute 54 poststroke phase as compared to a control group.”

Disclosure: None of the study authors has declared affiliations with biotech, pharmaceutical, and/or device companies. 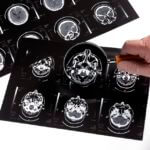